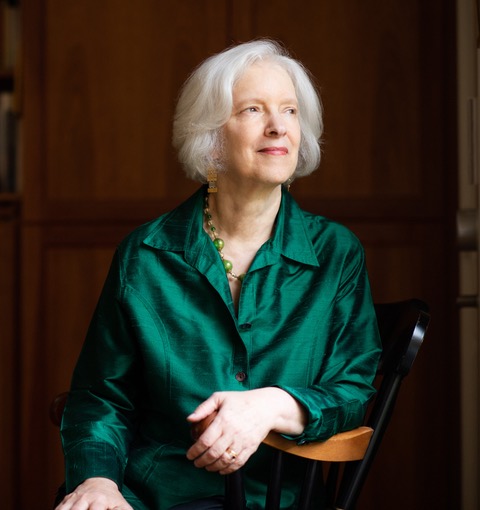 Composer Judith Shatin is renowned for her richly imagined acoustic, electroacoustic and digital music. Called “highly inventive on every level” by the Washington Post, her music combines an adventurous approach to timbre with dynamic narrative design. She draws on expanded instrumental palettes and a cornucopia of the sounding world, from machines in a coal mine to the calls of animals, the shuttle of a wooden loom, the pull of a zipper. Performers and audiences alike respond enthusiastically to her music, called ‘vividly orchestrated and bursting with imaginative detail’ by the San Francisco Chronicle.

“Vividly orchestrated and bursting with imaginative detail, the piece grabs a listener’s attention right from the opening moment…” –The San Francisco Chronicle

Her extensive catalogue includes commissions from organizations such as the Barlow Endowment and Fromm Foundation, Carnegie Hall, the Library of Congress and ensembles including the Cassatt and Kronos Quartets, Da Capo Chamber Players, Ensemble Berlin PianoPercussion and the Dutch Hexagon Ensemble. She has also been commissioned by choral ensembles including the Peninsula Women’s Chorus, the San Francisco Girls Chorus, the Young People’s Chorus of NYC, the UVA Glee Club, the UVA University Singers and the Illinois Wesleyan University Collegiate Choral. Orchestras that have presented her music include the Charlottesville, Denver, Houston, Illinois, Knoxville, Minnesota, National and Richmond Symphonies and her music has been featured at festivals including Aspen, BAM Next Wave, Grand Teton, Moscow Autumn, Seal Bay and West Cork, among others.

“There’s no sense of detached, solipsistic, intellectual enterprise in this work, which dazzles with its array of active sound surfaces and shapes… – San Francisco Herald

Narrative design and perceptible structure are key elements in Shatin’s music. While tonal elements form the bedrock, the surface is finely etched in surprising ways through timbral stretching and colorful layering. Recent examples include Black Moon, for orchestra and electronics, commissioned for and premiered by the American Composers Orchestra. Acoustic instrumental examples include Tower of the Eight Winds, for violin and piano, singled out by the Washington Post for its “engaging vivacity.”
Text setting is also a major focus for Shatin, with texts drawn from a broad range of sources. A few examples include Marvelous Pursuits (vocal quartet and piano 4-hands, poetry by Barbara Goldberg), I Love (SATB, poetry by Gertrude Stein), Hark My Love (SATB + piano, the Song of Songs) and Vayter un Vayter (Bass, cl., vc., pno, poetry of Avraham Sutzkever). Sounds of the environment also play an increasing role in her music, as in her path-breaking Singing the Blue Ridge, scored for mezzo, baritone, orchestra and the calls of wild animals; in For the Birds, for amplified cello and electronics from processed birdsong; and in Ice Becomes Water, for string orchestra and electronics that she fashioned from glacier field recordings.

Shatin’s music has been honored with four the National Endowment for the Arts Composer Fellowships as well as grants from the American Music Center, Meet the Composer and the Virginia Commission for the Arts. A two-year retrospective of her music at Shepherd College, WV, was sponsored by the Lila Wallace-Readers Digest Arts Partners Program who also commissioned her folk oratorio COAL. An evening-length work, for which she collected sounds in a working coal mine in Eaglesnest, WV, it is scored for chorus, Appalachian ensemble, keyboard synth, and electronic playback, with a libretto by the composer. Its grand scale and sweeping scope captures an entire way of life.

“There is a refreshing trend in new music to create work that is theatrical, even visceral, without resorting to clichés or purely programmatic devices. American composer Judith Shatin falls into this category for me” –Fanfare

In demand as a master teacher, Shatin has served as senior composer at the Wellesley Composers Conference and at the Chamber Music Conference of the East, as a Master Artist at the Atlantic Center for the Arts and guest composer at the Aspen Music Festival. Beyond her contributions as a composer, Shatin is a strong advocate for her fellow composers. She served as President of American Composers, was for two terms a board member of the League/ISCM in New York, and has served on the boards of the American Composers Alliance and the Atlantic Center for the Arts. She is currently a member of the Fellows Council of the Virginia Center for Creative Arts and the advisory board of the International Alliance for Women in Music. Educated at Douglass College (Phi Beta Kappa), The Juilliard School (MM) and Princeton University (MFA, PhD), Judith Shatin is William R. Kenan Jr. Professor Emerita at the University of Virginia, where she founded the Virginia Center for Computer Music and led the program to national prominence.