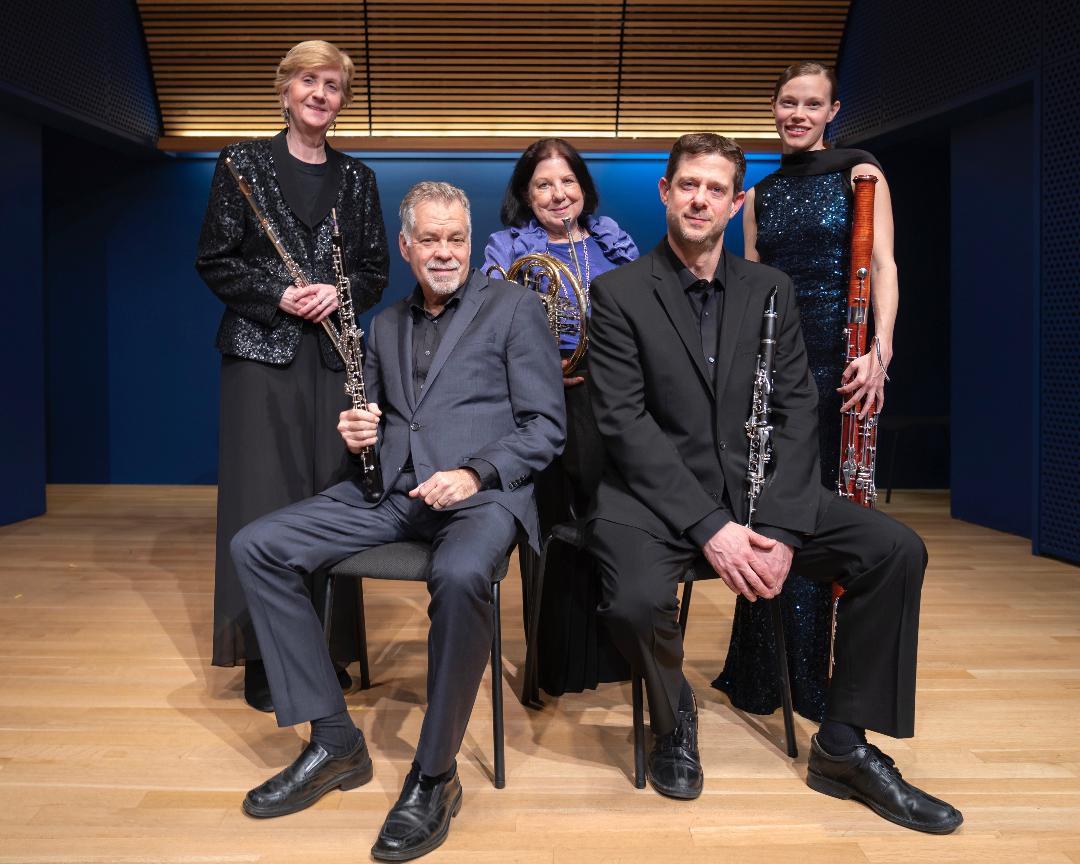 Long recognized as leading interpreters of folk and contemporary wind quintet music of North and South America, Quintet of the Americas is one of the Western Hemisphere’s finest chamber ensembles. The Washington Post has called their performances, “Musical dialogue at the highest level” and Japan’s InTune Magazine has written about them, “Their virtuosity, balances, articulation and intonation mark them as one of the world’s top wind quintets. I have never heard finer playing.”

Established in Bogotá in 1976 and based in New York City since 1979, Quintet of the Americas (QOA) has spent over three decades commissioning over 70 works, performing over three hundred concerts throughout the United States, and in Canada, the Caribbean, South America and Eastern Europe, and recording eight CDs.

Working with community organizations to bring new music and composers to audiences in community spaces, every year the Quintet reaches hundreds of under-served people in Queens, their only experience with new music being through the Quintet’s programs.

The Quintet has received five Chamber Music America Residency Program Grants – (1994-95, 1995-96, 1996-97, all in Chicago) sponsored by the Lila Wallace Reader’s Digest Foundation and two residencies in Queens, NY. The Quintet has also held residencies at Austin Peay State Univ. (TN); Northwestern University (IL) and Hunter College (NYC); and abroad at the Kharkiv Special Secondary Music School in the Ukraine and the Conservatory of Music in Tblisi, Republic of Georgia. They have performed outreach programs for Carnegie Hall Neighborhood Concerts, Lincoln Center Inc., Chamber Music Society of Lincoln Center, the 92nd Street Y, Midori and Friends, Fondaçion Batuta in Colombia, Queens Symphony, and Young Audiences of Indianapolis; and been Artists in Residence at New York’s Americas Society and New York University.

Known for its many styles of repertoire, QOA has received two ASCAP-CMA Awards for Adventuresome Programming. In 2002, QOA was chosen to receive the first NEA/Chamber Music America Special Commissioning Award to commission and tour Vision III for quintet, electronics and 32 folk instruments, by Judith Sainte Croix. Special programs have included Sephardic Music, Native American music, music influenced by jazz; music by women composers, music from Mexico, Venezuela, Argentina, Colombia, music from the African Diaspora, commissions for the Hudson River Quadricentennial; commissions for a program based on the Hubble Space photographs; and commissions based on the memories of seniors in Queens.