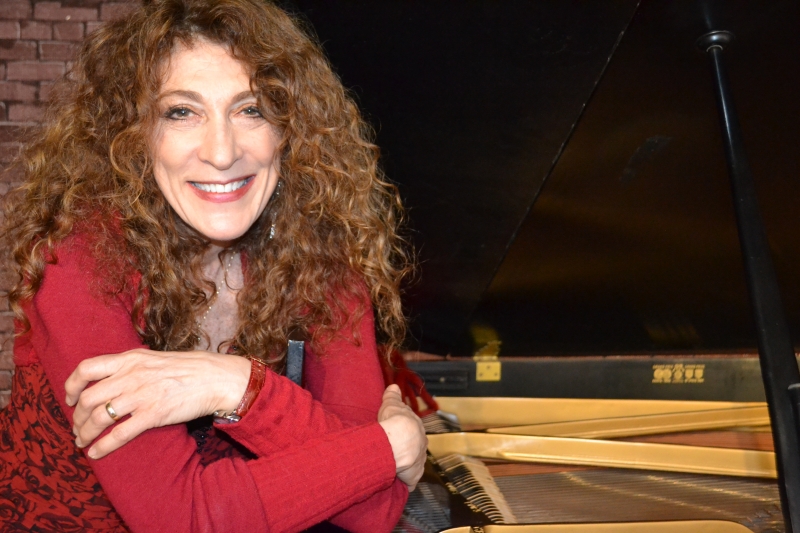 Argentinian pianist Rosa Antonelli, a Steinway Artist since 1998 is one of today’s leading performers and a champion of classical Latin-American and Spanish music. She has toured extensively, with more than 1,000 concerts in Europe, Africa, Asia, Latin America and North America, and she is dedicated to performing and recording the works of composers that include Argentinian masters Piazzolla, Ugarte, Gianneo and Guastavino, among others, to audiences all over the world. “Antonelli’s inward poetry forced me to rehear, and revalue Piazzolla’s Tangos, which she infused with an eloquence and inner communication…” – Harris Goldsmith, New York Concert Review.

Ms. Antonelli performed the World Premier of Astor Piazzolla’s Two Tangos in her sold out  recital at Carnegie Hall’s Stern Auditorium Perelman Stage in 2011. Joe Franklin called that performance “Riveting,” and he stated “…incomparable Horowitz and Rosa Antonelli’ is the closest I’ve seen to that master….Ms. Antonelli’s artistry on stage was absolutely stunning; the musical poetry mesmerizing.” Rosa also gave the NY Premier of the Champagne Waltz by Albeniz, and the Tres Argentinian Dances by Luis Gianneo in her last appearance at the same stage of Carnegie Hall, on October, 2014. Her performances consistently garner rave reviews. Most recently Rosa performed at the Consulate General of Argentina, May 18, 2016, for the Alberto Ginastera Centennial Gala.

Ms. Antonelli has toured extensively in Europe, Africa, Asia, Latin America and North America. After her initial tour of Europe in 1987, Ms. Antonelli was invited to tour twenty countries in Europe, Asia and Africa. Ms. Antonelli has been sponsored by government organizations such as The Office of the President, The Ministry of Culture, and The Ministry of Foreign Affairs of Italy, Germany, Egypt, Argentina, Chile, Colombia, Brazil, and other Latin American countries.

In addition to performing at the Aspen Music Festival, Ms. Antonelli has participated in a master class with Alfonso Montecino, a disciple of Claudio Arrau, and at the International Piano Seminar in Pro Arte, Rio de Janeiro, with Daisy de Luca, a disciple of Magda Tagliaferro, where she was awarded first prize as best performer. A disciple of Roberto Caamaño, Ms. Antonelli has studied also with Rosalyn Tureck, Rafael Puyana, Franco Medori, Lory Wallfisch, Manuel Carra, and Alexis Golovine, in addition to other notable professors.

Ms. Antonelli has presented lectures and seminars on piano technique and interpretation in various European and Latin American countries. Additionally, she was chairwoman of the Piano Department at the Provincial Conservatory of Music “Alberto Ginastera” for ten years, held the position of Professor of the Piano Department at the National University of La Plata in Buenos Aires and was invited to join the faculty of the Piano Department of Adelphi University when she came to the U.S. in 1999. In 2006, the Unites States honored Ms. Antonelli by granting her American citizenship because of her government status as “An Artist of Extraordinary Ability.”

Rosa Antonelli’s discography includes the following recordings: “Piano”;” Live in Milano at the Palazzo Visconti”; “Beethoven – Debussy – Ravel”;” Romantics Forever”; and her most successful CDs to date, “ESPERANZA- Sounds of Hope”, “REMEMBRANZA – Remembrance of Latin Sounds”, and “ABRAZANDO , Latin Embrace” all of them on the Albany Records label. “She has a natural flair for these pieces, the exotic sounds, and the natural rhythm of the dances…Antonelli at her best.” – Fanfare Magazine. Her book “PIANO: THE SPIRIT OF TECHNIQUE AND INTERPRETATION FOR TEACHERS AND STUDENTS” was published in the United States in 2013.

Ms. Antonelli has donated her services to many worthy causes including “Action Against Hunger”; the “Millennium Tree of Nations” benefit to support the United Nations’ Woman’s Guild Children’s Fund; the Loomba Foundation (International Widows), an organization recognized by the United Nations; UNICEF, the American-Italian Cancer Foundation; the scholarship program of the New York City Women in Communications; Financial Women’s Association; the United Nations Millennium Development Goals; “Better City-Better Life”; World Habitat Day Celebrations; and The Ambassadors Ball for the Hospitality Committee for United Nations Delegations. Rosa Antonelli was honored when April 23, 2014 was declared to be Rosa Antonelli Day in Queens, NY, in admiration and appreciation of Ms. Antonelli’s ability to inspire people through music.