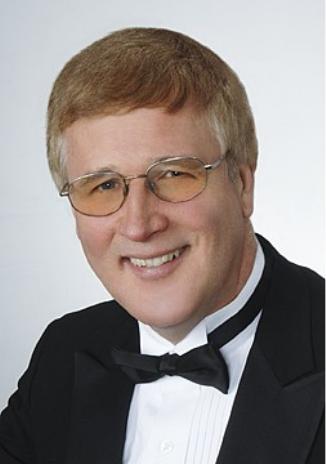 Gregory Fritze is a prize-winning composer and Fulbright Scholar, as well as an active performer, conductor and educator. He is Professor of Composition at Berklee College of Music. He recently left the position of Chair of Composition after fourteen years tenure in that position.  He has served on the faculty since 1979 including conducting the Berklee College Wind Ensemble for fifteen years from September 1983 to May 1999.

Gregory Fritze has written over sixty compositions for orchestra, band, chamber ensembles and soloists.  In 2011 his composition “A Day in Valencia” was the featured composition performed by the winning band, the Primitiva de Lliria in the highest category of the International Certamen in Valencia, Spain. He also had four other commissions win first prize in prestigious international contests: in 2010 (Banda de Pozuelo in the Valencia Certamen), 2009 by the Banda of Magallón (Spain) in the Kerkrade World Music Contest, 2006 (La Armonica de Buñol in the Valencia Certamen) and 2001 (Carcaigente in the Valencia Certamen). Other composition awards include winning First Prize in the Reneé Fisher Composition Competition in 2007 and First Prize in the 2nd Biennial Composition Competition for Symphonic Band Santa Cruz of Tenerife, Spainin 2006.  He won the 1998 IBLA Grand Prize in Composition from the European International Competition Ibla, Sicily; a grant from the Massachusetts Council for the Arts in 1997, Menzione d’Onore (highest award given) of the Mario Bernardo Angelo-Comneno International Music Competition from the Accademia Angelica Costantiniana Arti E  Scienze (Rome, Italy) in 1997, twenty-three awards from the Standard Awards  Panel of ASCAP (American Society of Composers, Authors and  Publishers), grants from Meet the Composer, Walt Disney Fellowship, and other composition awards. Many orchestras, concert bands, chamber ensembles and soloists throughout the world have commissioned him.  His compositions include works published by Masters Music, SeeSaw Music, Minuteman Music, TUBA Press and Musica Nova and have been performed extensively throughout the world. He is recorded as composer and/or performer on MSR Classics, CRI Records, Crystal Records, Mark Records, Clearnote Recordings and others. Several of his compositions are on Youtube.

For the past twenty years, he has been a regular visiting composer to Spain.  His commissioned pieces have been widely successful helping win many first prizes in international band competitions for the Spanish music societies. In 1997 he received a Fulbright Senior Research Grant to research compositions for wind instruments by Spanish composers. This research of over one hundred compositions is listed on his web page www.musicanova.net. In 2004, he was inducted as a member of the Valencia (Spain) Music Academy.

He was born in Allentown, Pennsylvania in 1954. He has degrees in Composition from the Boston Conservatory and Indiana University. He lives with his wife Linda, a research scientist, in Sharon, Massachusetts.