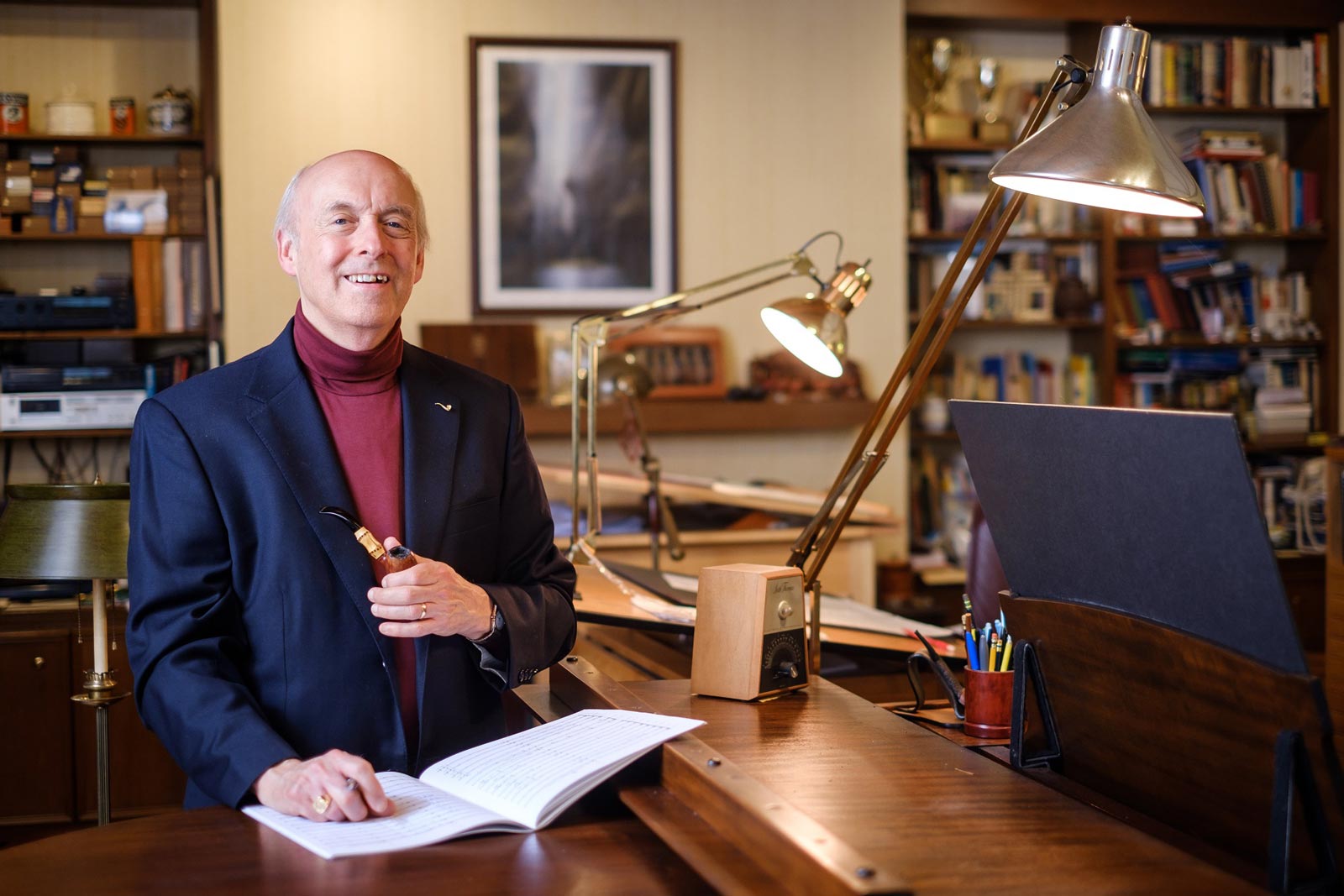 Dan Locklair (b. 1949), composer, is a native of Charlotte, North Carolina (USA). He holds a Master of Sacred Music degree from the School of Sacred Music of Union Theological Seminary in New York City and a Doctor of Musical Arts degree from the Eastman School of Music in Rochester, New York. Presently, Dr. Locklair is Composer-in-Residence and Professor of Music at Wake Forest University in Winston-Salem, North Carolina.

The music of Dan Locklair is widely performed throughout the U.S., Canada and abroad, including performances in England, Germany, France, Denmark, Hungary, Poland, Sweden, Korea, Japan, Finland and Russia. His prolific output includes symphonic works, a ballet, an opera and numerous solo, chamber, vocal and choral compositions. Dr. Locklair’s many awards have included consecutive ASCAP Awards since 1981, a Kennedy Center Friedheim Award, an Aliénor Award, the New Music Award from the Omaha Symphony Society, two North Carolina Composer Fellowship Awards and the top Barlow International Competition Award for 1989. In 1992, Dr. Locklair became the first American composer ever to be invited to and have music performed at the thirty-five year old Czech Festival of Choral Arts in Jihlava, Czech Republic and, again at the invitation of the Czech government, was invited to return to be a part of this Festival during 1997. In its Centennial Year, Dr. Locklair was named 1996 AGO Composer of the Year by the American Guild of Organists, a distinguished honor awarded yearly to an American composer who has not only enriched the organ repertoire, but who has also made significant contributions to symphonic and concert music. His 1995 composition, Since Dawn (A Tone Poem for Narrator, Chorus and Orchestra based on Maya Angelou’s On the Pulse of Morning), is the first musical setting of Maya Angelou’s well-known and important poem commissioned for the 1993 Inauguration of U.S. President Bill Clinton.