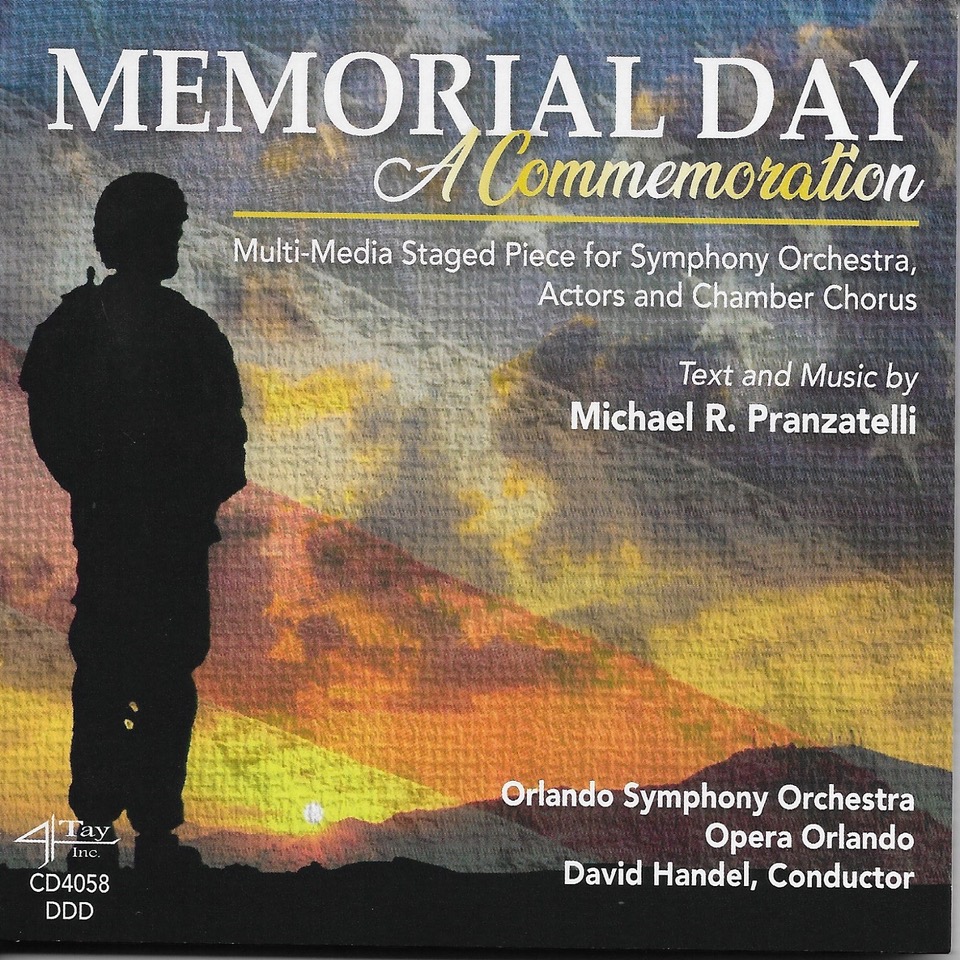 4Tay Records is proud to present Memorial Day: A Commemoration, with text and music by Michael R. Pranzatelli, performed by the Orlando Symphony Orchestra and Opera Orlando, conducted by David Handel.

Born in Sommerville, New Jersey, Michael R. Pranzatelli (1950-2018) grew up in Pittsburgh, Pennsylvania, received his undergraduate studies at Duquesne University and earned his Doctorate at Case Western Reserve University. A true Renaissance Man, he received numerous awards as a prolific composer, poet, non-fiction author and visual artist, one whose artistic influences and expression were diverse and unconventional. From a musical family, as a child, Michael Pranzatelli immersed himself in the works of composers past and present, drawing inspiration from some of America’s trailblazers.

Memorial Day: A Commemoration was inspired by the deaths of friends of who lost their lives in American conflicts. Conceived as a staged concert event, the work evokes the spirit and emotions of those fallen in battle, as well as the love and loss shared by their families and friends. Composed over the course of more than a decade, the score was published in January of 2004.

2. Scene I, A Town Gathering