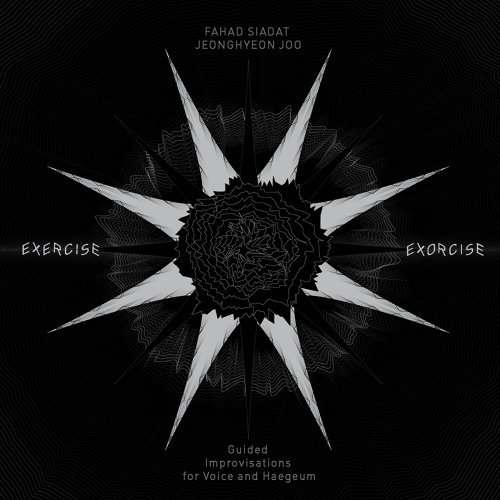 “For those who have trained in classical performance practice, expertise often comes with the weight of history and tradition filled with expectations and assumptions about what is appropriate and good.”

“How might we honor and build upon our traditional training as performers and composers without being weighed down by it? How do we exercise these cultivated skills while exorcising ourselves of the burdensome expectations that inhibit exploration and creativity?”

“This collection of guided, improvised duets explores a series of contrasting dualities (male/female, voice/instrument, east/west, traditional/experimental) in hopes of finding hidden third ways between and beyond such binaries.”

Fahad Siadat is a performer-composer and an advocate of new and innovative vocal music who creates interdisciplinary works, folding words, sound, and movement into ritualistic narratives. His work is described as “hypnotic” (Backstage) and having “a sophisticated harmonic vocabulary” (San Diego Story). His music has been performed in Europe, China, and across the United States.

Jeonghyeon Joo is a haegeum performer, composer, improviser and researcher, who is an ardent advocate for new and experimental music. Joo draws a narrative through an exploration of a somatic, corporeal relationship between her instrument and body. Her compositions also frequently borrow a specific musical or sociocultural concept from Korean traditional music. In her works, musical notation is usually a mix of Jeongganbo, text instructions, graphics, and traditional western notation which leads to dynamic interpretations depending on a performer.

The haegeum is a traditional Korean string instrument, resembling a vertical fiddle with two strings; derived from the ancient Chinese xiqin.

2. from the ground I

3. from the ground II