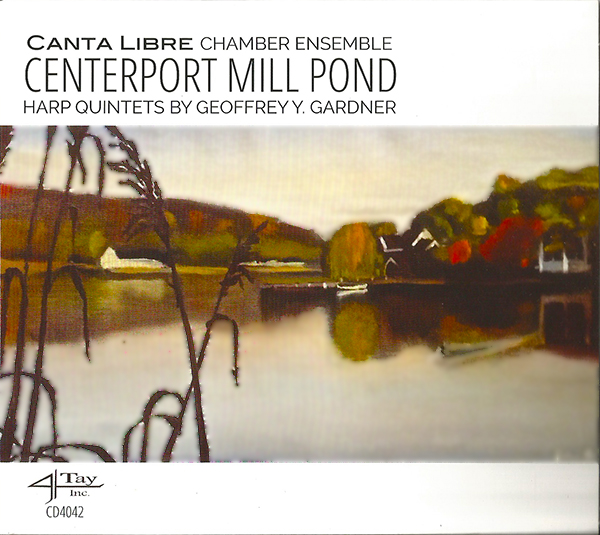 Geoffrey Y. Gardner studied music composition as a non-major at Harvard while earning a degree in engineering. Later he studied composition and orchestration for 10 years under professional composer/arranger, Angelo Muslino. He wrote songs, musical show scores and concert music for 50 during and after a career as a Research Scientist at Grummon Aerospace Corporation. His concert music has been performed by orchestras, chamber ensembles and choruses. Geoffrey resides in Centerport, Long Island near the beautiful Centerport Mill Pond.

Canta Libre performs music specifically written for flute, harp and strings. They have been featured at Lincoln Center, on WNYC radio at The Green Space, at The Music Festival of the Hamptons, Bargemusic, Concerts at One at Trinity Church in Manhattan, WLIW TV, National Public Radio of Long Island, and The Brooklyn Public Library and perform regularly in New York City, Connecticut, Westchester and Long Island. Many of the members have performed and toured internationally with appearances at major festivals, including Aspen, Spoleto and Tanglewood. Much more about them at http://www.cantalibre.org.

FANFARE MAGAZINE
“What an utterly delightful disc!…This is (Canta Libre’s) debut CD, and it is a winner….Canta Libre plays with enthusiasm, polish, rhythmic acuity, and lyrical sweep…Highly recommended.”

AUDIOPHILE AUDITION
“…these folks play with a warmth and easy relaxation that show each of these neo-classical and neo-medieval pieces to best effect…hauntingly beautiful works with some soul-soothing sounds meant to tenderize the spirit. The works are lovingly tended and beautifully captured in some very breathable sound…you can’t go wrong with the music or the performances.”

3. Can Spring Be Far Behind

12. The Streets of London