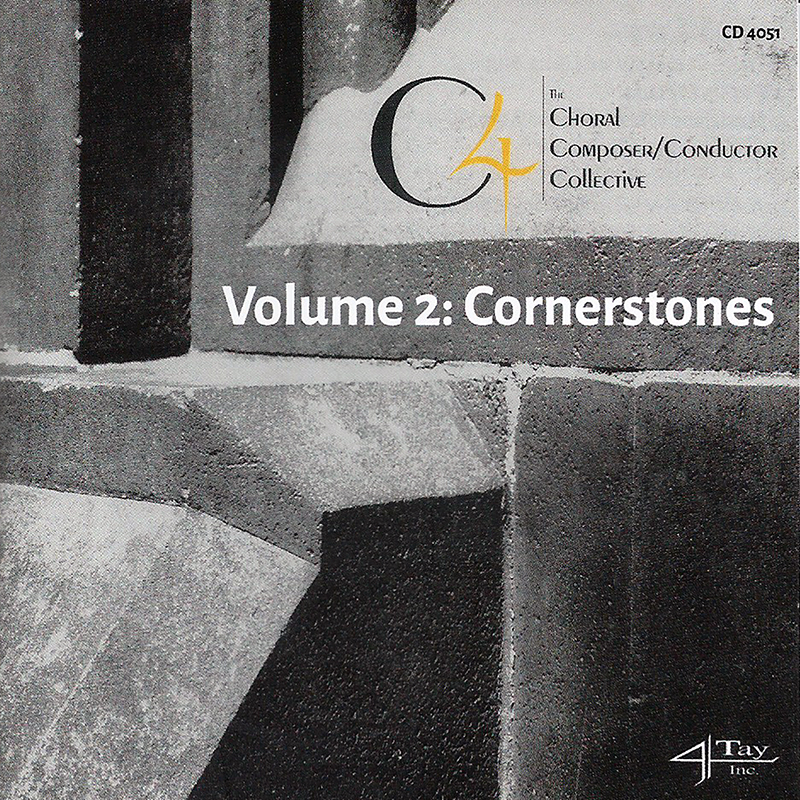 Visit This Artist
Named for C4’s stand-out 11th season (2015-16) from which all the repertoire on the album was selected, Cornerstones displays the many facets of the music C4 champions. From the sheer beauty of The Spheres at Play (Saylor), to the haunting sounds of extended vocal technique in Tape Recorder (Williamson), to the wild ride of our old crowd favorite The Campers at Kitty Hawk (Dellaira), this record has it all.
Notes, texts, performer info and a list of project contributors is at www.c4ensemble.org/cornerstones.html.
C4 wishes to thank their producer, James Bassi and Recording Engineer (and C4 Member) James Bilodeau for their tireless work on the creation of this record.
C4: The Choral Composer/Conductor Collective exists to enrich artists and audiences alike through passionate advocacy of new choral works: performing pieces written within the last 25 years; premiering and commissioning new choral work; and mentoring emerging singers, composers, and conductors of today’s choral music. C4’s adventurous programming ﬁlls an important niche in the cultural life of New York, and the ensemble has proven its commitment to presenting high caliber music in a welcoming atmosphere.

C4 received the 2014 Chorus America/ASCAP Award for Adventurous Programming. This is the first time they have received this honor. Their first CD release, Volume 1: Uncaged, is also on the 4Tay label.

The Spheres at Play by Bruce Saylor; Timothy Brown, conductor

5. How She Went to Ireland by Jospeh N. Rubinstein; Martha Sullivan, conductor

6. The Campers at Kitty Hawk by Michael Dellaira; Billy Janiszewski