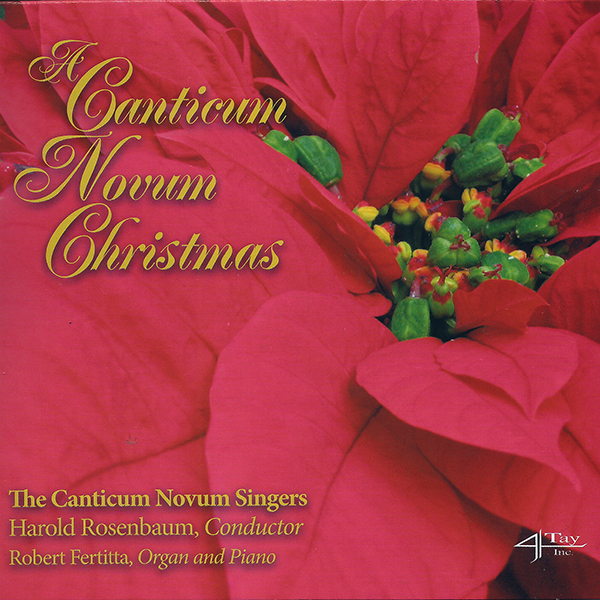 Called “an elite chorus” by the New York Times, The Canticum Novum Singers is now in its 44th season under the direction of Dr. Rosenbaum. The choir has achieved both national and international recognition for its stylistic versatility, vocal blend, and expressive range. The ensemble has presented dozens of world, American, and New York premieres by composers ranging from Handel, J.C. Bach, Fauré, and Bruckner, to Harbison, Berio, Schnittke, Rorem, Schickele and George Benjamin. Visit them at http://www.canticumnovum.org.

Dr. Harold Rosenbaum, founder and conductor of The New York Virtuoso Singers and The Canticum Novum Singers, is the recipient of the Ditson Conductor’s Award from Columbia University, ASCAP’s Victor Herbert Founders Award, and the American Composer Alliance’s Laurel Leaf Award, He has conducted 1,700 concerts (over 100 in Europe) including 525 World Premieres, has established the Harold Rosenbaum Choral Conducting Institute, and has taught at four universities including Juilliard. www.haroldrosenbaum.com

Robert Fertitta is a photographer of stained glass windows. His work is featured on hundreds of church websites and in many books, articles and magazines. Mr. Fertitta is a retired professor of music and a lifelong church musician. He remains active as a performer, lecturer, workshop presenter, adjudicator of competitions, and music reviewer for The American Organist magazine. http://galleryofstainedglassart.com/

7.All my heart this night rejoices – Johann Georg Ebeling